In this post, questions from RxJS & Angular Interviews will be answered for Experienced and Freshers. We're trying to share our experience and learn how to help you make progress in your career.

RxJS is a library for reactive Streams which can be used to deal with asynchronous data streams and events called "Reactive Extensions for JavaScript" (RxJS).

A stream is a key part of reactive programming. In simple terms,

"A stream refers to values of data overtime"

The reason for it being called a stream is that you should think of the data as continuous and not really having an end, unless you explicitly define an end.

Q: What is Observable?
Ans:

"Observable represents the idea of an invokable collection of future values or events."

In RxJS, you model asynchronous data streams using observable sequences Or just called observables, too.
An Observable is an object that over time and asynchronously emits multiple data values (data stream).
Click here to know more.


Q: What is the difference between an observable and a promise?
Ans:

A Promise emits a single event at the completion or failure of an async operation.

An observer is like a stream and allows you to pass at least zero or more events where the callback is needed for each event.

Q: What is the difference between Cold and Hot Observables?
Ans:

"Cold observables start to run in up and subscription, so observable sequence only starts pushing values to observers when subscribe is called.

You can use cold observable if you don't want to produce data before any observer is subscribed, for example Ajax call.

"hot observables produce values even before subscriptions made.

Hot observables such as mousemove events, stock pickers or WebSocket connections, are already produced in values even before subscription is active

if you want to share some resources or data between many subscribers, you have to use hot observables.

Q: What are RxJS Operators?
Ans:

A stream is a key part of reactive programming. In simple terms,

"An operator is simply a method that acts on an Observable and changes the stream in some way. The purpose of operator, to modify or filter originally emitted values in the way we need for the project tasks.


Q: What is Observers and Subscriptions?
Ans:

Observers and Subscriptions are related to the concept of Observable.

Observer is a set of callbacks that know how to listen to the values of the Observable.

Subscription is an observable execution

Q: What is Subject?
Ans:

Subjects are special types of Observers, so you can also subscribe to other Observables and listen to published data

Special thing about subject is they are multicasted. It means - "The values are multicasted to many Observers" while default RxJS Observable is unicast

Q: What are different types of Subject?
Ans:

There are two types of Subjects : BehaviorSubject and ReplaySubject.


Q: What are different between of Subject, BehaviorSubject and ReplaySubject?
Ans:

In case of Subject, Observers who are subscribed at a later date will not obtain the data values emitted prior to their subscription.

In ReplaySubject, Observers who are subscribed at a later point will receive all the old data values issued prior to their subscription. As it operates by using a buffer that holds the values emitted and re-emits (replaying) a sequence of old values once new Observers are subscribed.


Q: What is Reactive programming and how does it relate to Angular? Ans:

The principle of responsive programming is that you can just build the different streams and operations that take place on those flows by specifying the whole program.

Angular uses RxJS for some aspects of its internal service, such as Http, Router, etc.
RxJS is a very powerful library that facilitates the design of applications.

Q: What is RxJS Map and What is Higher-Order Observable Mapping?
Ans:

RxJS map operator lets us project the payload of the Observable into something else.The power of Observables is revealed when you start using Rx operators to transform, combine, manipulate, and work with sequences of items emitted by Observables.

Q: When we use the switchMap, mergeMap and concatMap?
Ans:

concatMap(), mergeMap(), switchMap() and exhaustMap(). All of these operators are flattening operators used to flatten observables, but they are applicable in very different scenarios. switchMap and mergeMap are probably going the be the most powerful and frequently used operators. Its is thereby critical to understand the difference between the two in order to spend less time debugging code.

Q: What is RxJS concatMap?
Ans:

concatMap : Projects each source value to an Observable which is merged in the output Observable, in a serialized fashion waiting for each one to complete before merging the next - Official RxJS Docs

Q: What is RxJS mergeMap?
Ans:

mergeMap : mergeMap allows for multiple inner subscriptions to be active at a time. Because of this, one of the most common use-case for mergeMap is requests that should not be canceled.

Q: What is RxJS switchMap?
Ans:

switchMap : Simply put, it means switching to a new observable. The previous inner observable (result of the function you provided) is canceled for each emission and the new observable is subscribed.

NgRx stands for Angular Reactive Extensions, NgRx Store provides reactive state management for Angular apps inspired by Redux. NgRx has libraries for managing both global and local state. Isolation of side effects in order to achieve a more streamlined component architecture. Developer tooling that makes it easier for developers to construct a variety of applications. 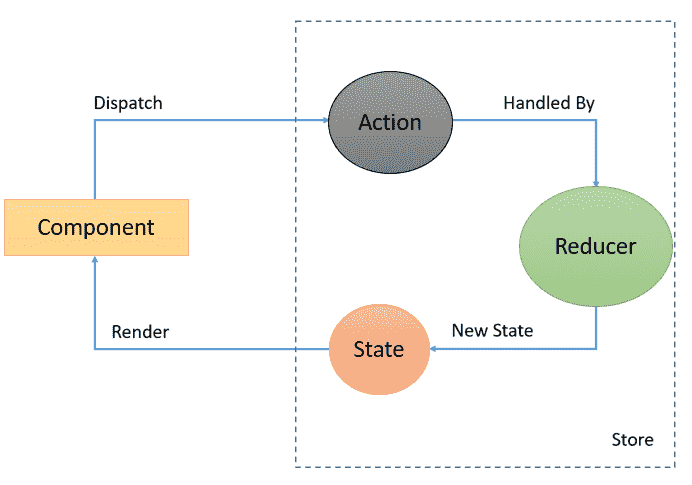 Q: When we use zip and combineLatest and withLatestFrom?
Ans:

zip and combineLatest are functions and withLatestFrom is operator that allows to combine a few observable sequences in a different ways, that are really helpful in real world application.

Composing functions and operators usually accept observables as their params and also they return observable that emits array with values produced by argument observables. This result observable emission logic is different depending on which operator or function we use

To understand RxJS more about Zip and combineLatest and withLatestFrom, click here

Q: What is Angular?
Ans:

It's a frontend framework, which was developed to build a single page application (SPA).
Click here to understand more about Angular.

Angular is extremely famous for modern web application development, Spring Boot and Angular are a strong and developer-friendly combination if you want to create the full stack web application.

Q: How to implement authentication in web application?
Ans:

We can use Spring Boot JWT with Angular for token authentication in web application.

Q: What is latest version of Angular?
Ans:

The lastest version of Angular framework is Angular 9 which is in pipeline to release in this month.


Q: What is difference between Angular and AngularJS?
Ans:


Q: What is Angular Material?
Ans:

It is a UI component library. Angular Material helps in creating attractive, consistent, and fully functional web pages as well as web applications. It does so while following modern web design principles, including browser portability and graceful degradation.

The Angular Ahead-of-Time compiler pre-compiles application components and their templates during the build process. Apps compiled with AOT launch faster for several reasons.

Angular 8 has been official release in May 2019, new features in Angular 8 are limited, but there are still there are a lot of interesting things happening, we have much awaited Ivy compiler as an opt-in feature, ng deploy is officially support by CLI and many more.

Below are the most prominent features of Angular 8:

It is the most important feature in terms of performance, so new apps generated by Angular CLI to have two different bundles for legacy JavaScript(ES5) and modern JavaScript(ES2015+). This translation has provided better the speed for modern browsers which has ES2015 support to download small app bundles.

In the newest version of Angular 8, it has updated the core dependencies which include tools like RxJS and TypeScript to v3

Another much awaited feature, the new rendering engine, and Bazel, the new build system, which make possibility to build your CLI application more quickly. An opt-in preview of the two should be available shortly

Lazy-loaded routes now use the standard dynamic import syntax instead of a custom string. This means that TypeScript and linters will be strict checking when modules are missing or misspelled. lazy-loaded import that looked like this:


The CLI continues to improve, and the ng build, ng test and ng run are now designed to be expanded by third-party libraries and software. For example, with a deploy order, AngularFire is already using these new capabilities.

The new feature of Angular 8 has benefits, such as:

Shortly Angular 9 will be released around November 2019, and Ivy is expected to be an Angular version 9 engine by design. Watch out for an additional feature with Angular 9.

Q: What is ViewEncapsulation and how many ways are there do to do it in Angular?
Ans: