SonarQube Architecture mainly have four components, in this post we will see it's top-level components of the platform and how they interact. The core engine of the platform, Squid, is supported by additional code analyzers that Sonar organizes together to measure quality. 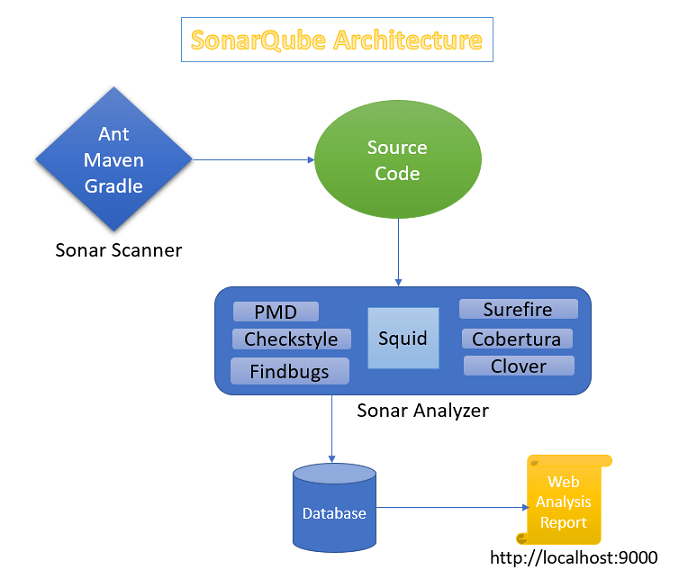 The analysis process is triggered by the build server in a continuously integrated environment. The server checks out source code from the repository, compiles and executes all unit or integration tests, after which it produces the necessary builds. Finally, Sonar takes over analyzing the source. A best practice for a time-consuming process like this is to activate it once a day while developers are inactive.

The process is then called a nightly job and the final build produced a nightly snapshot. Next time, developers have access, allowing them to examine how recent changes have impacted the overall quality of the project, to the latest project data and reports.