In this tutorial we will be looking at Apache Storm Architecture, internal working of Apache Storm and it's components.

We will cover the following topics:

What is a Apache Storm?

What is a Apache Storm?

Apache Storm is a free and open source distributed stream processing computation framework written predominantly in the Clojure programming language. Originally created by Nathan Marz and team at BackType, the project was open sourced after being acquired by Twitter.

Storm can be used for the following use cases:

The following are some of Storm's features that make it an ideal solution for processing real-time data streams:

A Storm cluster uses a master-slave model, with ZooKeeper coordinating the master and slave processes. A Storm cluster is made up of the following components. 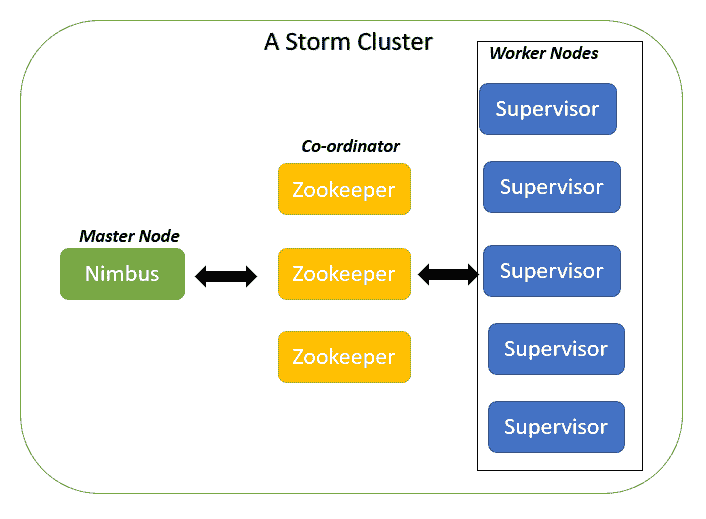 The following are the components of a Storm topology:

In Storm terminology, a topology is an abstraction that defines the graph of the computation. You create a Storm topology and deploy it on a Storm cluster to process data. A topology can be represented by a direct acyclic graph, where each node does some kind of processing and forwards it to the next node(s) in the flow. The following diagram is a sample Storm topology: diagram: A Storm topology 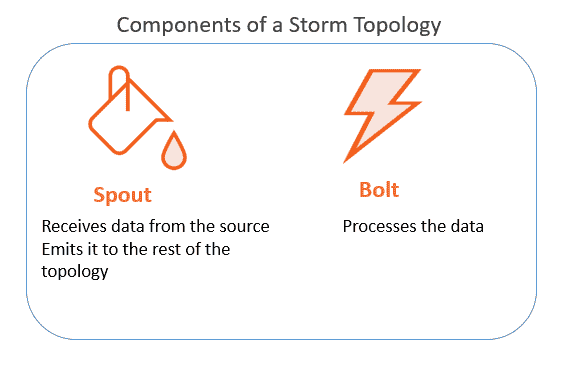 Apache Storm Topology is a chain of stream transformations, with each node representing a spout or bolt. In a Storm topology, each node runs in parallel. You can decide how much parallelism you want for each node in your topology, and Storm will spawn that many threads across the cluster to complete the task. 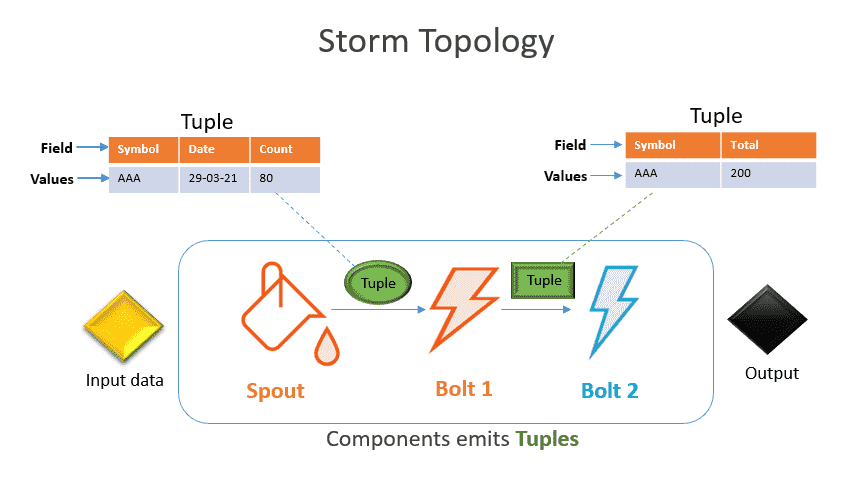 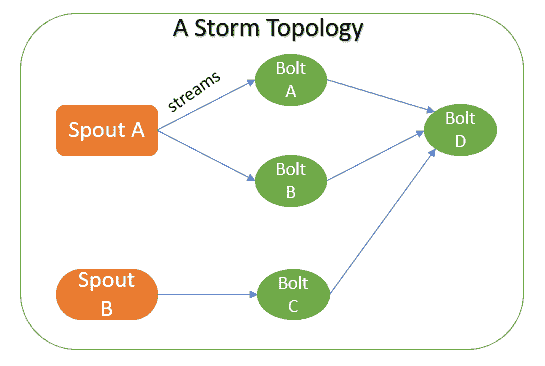 A tuple represents a single element or a data point that has been processed and emitted by a Storm component. A Storm tuple is a named tuple where each element in the tuple is given a specific name. When data first comes to the Storm topology, the spout takes that data and emits it in the form of a tuple. A bolt will take that tuple, process it, and emit a new tuple, and so on.

Every Storm tuple consists of two parts. You have the names of the elements in the tuple, these are called fields. The fields represent the schema of the Storm tuple. The actual elements of the tuple are values. These values represent the data contained inside the tuple. The values in a tuple can contain any type of data. Given a Storm component, that Storm component would emit tuples which have a fixed schema.

Setting up a Storm Component

Operation modes indicate how the topology is deployed in Storm. Storm supports two types of operation modes to execute the Storm topology: 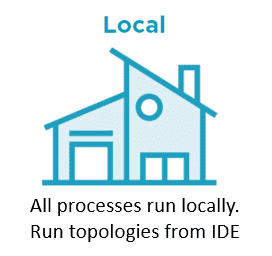 In local mode, Storm topologies run on the local machine in a single JVM. This mode simulates a Storm cluster in a single JVM and is used for the testing and debugging of a topology. 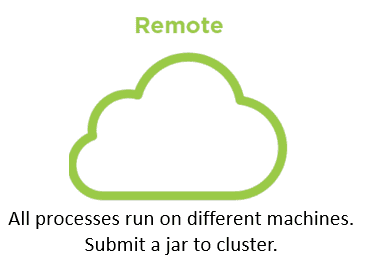 In remote mode, we will use the Storm client to submit the topology to the master along with all the necessary code required to execute the topology. Nimbus will then take care of distributing your code.