It standardises sealed classes, restores always-strict floating-point semantics, and shows off pattern matching for switch statements. It deprecates the Security Manager and Applet APIs in preparation for their removal in a future release and more details to watch out... 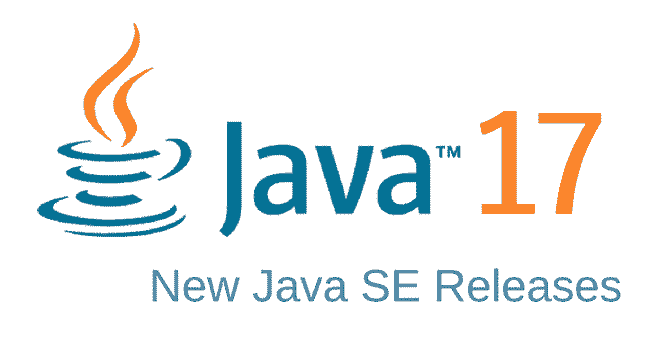 Java 17 released as the next LTS version of Java. Long-term support (LTS) is a product lifecycle management policy in which a stable release of computer software is maintained for a longer period of time than the standard edition. The term is typically reserved for open-source software, where it describes a software edition that is supported for months or years longer than the software's standard edition.

Allow applications to configure context-specific and dynamically-selected deserialization filters using a JVM-wide filter factory that is used to choose a filter for each each deserialization operation.

The vector API in JDK 17 has been improved for performance and implementation, including enhancements to translate byte vectors to and from boolean arrays.

Introduce an API that allows Java programmes to call up native libraries and process native data without the risk of JNI, by efficiently invoking foreign functions (i.e., code outside of the JVM) and securely accessing foreign memory (i.e. memory not handled by the JVM).

In this JEP proposal is evolution of earlier two incubating APIs: the Foreign-Memory Access API and the Foreign Linker API. which was previously targeted in Java 14, 15 and Java 16

Since Java 1.0, there has been a Security Manager. However, it has been rarely used for many years. In order to move Java forward, Security Manager has been deprecated in Java 17 and will be removed in a future version, along with the legacy Applet API (JEP 398).

Remove the experimental Java-based ahead-of-time (AOT) and just-in-time (JIT) compiler because of limited usage and effort required to maintain it is significant.

Even though retain the experimental Java-level JVM compiler interface (JVMCI) such that developers can continue to use externally-built versions of the compiler for JIT compilation with use of Graal compiler (GraalVM).

As the experimental feature JDK 9 has been integrated with ahead-of time compilation (the jaotc tool). For AOT compilation, the jaotc uses the Java-written Graal compiler. Since these experimental characteristics have not been used, and there is a considerable effort to maintain and improve them. The JDK 16 builds released by Oracle did not have these functions, neither did anyone complain.

Sealed Classes were proposed and delivered as a

A class can be sealed by using the sealed modifier - permits to its declaration. After which any extends and implements clauses, the permits clause specifies the classes that are permitted/allowed to extend the sealed class.

Example: Below example shows how Animal class specifies three permitted subclasses: Note: The classes specified by permits must be located close to the superclass, either in the same module or in the same package. Know more.

Pattern matching for switch expands Java's pattern language to allow switch expressions and statements to be verified against a variety of patterns, each with a different action. This makes it possible to express complex data-oriented queries in a simplistic and secure manner.

The instanceof operator in JDK 16 has been expanded to accept a type pattern and perform pattern matching. The modest extension proposed simplifies the well-known instanceof-and-cast idiom.

Strongly encapsulate all internal elements of the JDK, except for critical internal APIs such as sun.misc.Unsafe. It will no longer be possible to relax the strict encapsulation of internal parts with a single command-line option, as it was from JDK 9 to JDK 16.

Applet API is effectively useless, because all web browser vendors have either removed or revealed plans to drop support for Java browser plug-ins . While the Applet API was deprecated in Java 9, it was not removed earlier.

Introduces new interface and implementations for pseudorandom number generators (PRNGs), which including jumpable PRNGs and a new class of splittable PRNG algorithms (LXM).

Motivating the plan is a focus on multiple areas for improvement in the area of pseudorandom number generation in Java. RandomGenerator, a modern interface, will have a uniform API for all current and new PRNGs, as well as four specialised RandomGenerator interfaces.

Java 17 is still in progress, so you can take a look at the latest Java version: Java 16 functionality upgrade to get an idea of what will be in JDK 17

The open-source Java 16 (Java SE 16) and Java Development Kit 16 (JDK 16) is released. The feature set has been frozen for the time being. There will be no more JEPs for this release; developers can start looking at JDK 16 now to get a sense of what's coming in JDK 16. Java 16 released on date : 16 March 2021

Java 16 has released on March 2021. This is not an LTS update and will become obsolete in September 2021 when Java 17 is released.

JDK Enhancement Proposals (JEP) has now been officially released on 15 September 2020, listed below features/enhancements as part of the jdk 15 :

JDK Enhancement Proposals (JEP) has targeted JDK 14 release for 17 March 2020 for below features :