Below is quick glance of Java Architecture Interview Questions and Answers.

Q: What is SOLID principles?
Ans:

S.O.L.I.D is an acronym for the first five principles of object-oriented design (OOD) by Robert C. Martin, which stands from

Q: What is the difference between Monolithic, SOA and Microservices Architecture?
Ans:

The aim of the LTS version is to complete the preview capabilities so that they are stable enough and look good for the next three years.

Continuous Integration and continuous Delivery (CI/CD) is a set of software practices and techniques that enable the frequent release of small batches of code changes, with extensive visibility and traceability. It typically involves the creation of a largely automated pipeline that orchestrates the build, test and deployment of software across staged environments, ultimately leading to deployment in production.

Q: What are the most common memory leaks, and how would you deal with them?
Ans:

You can refer more question on Java Performance Interview Questions and Answers.

Q: Are you familiar with The Twelve-Factor App principles?
Ans:

The 12-factor app approach is a technique for software development as a service. These best practices are intended to allow portability and resilience web applications to be developed.

Q: How do you do database migration?
Ans:

Liquibase and Flyway are two tools that help for database schema changes management, tracking, and deployment. They're both migration-based technologies that aim to fill a gap in many teams workflows by treating database code like app code and automating it. 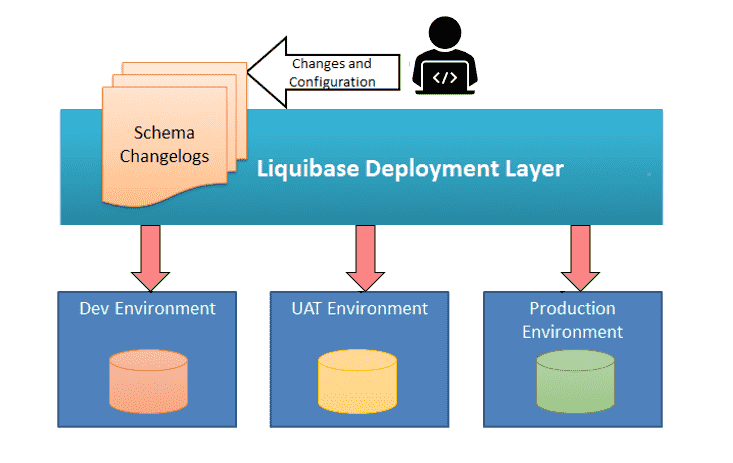 Q: What is the difference between Concurrency and Parallelism?
Ans:

Q: What was enhanced for Z Garbage Collector (ZGC)?
Ans:

JDK 11 has introduced Z Garbage Collector (ZGC), which had short pause while cleaning up the heap memories and it was not returning unused memory to operating system even though memory was unused for long time. Now Java 13 has extended the feature to return unused heap memory to the operating system.

Click on link to know more about Z Garbage Collector

Q: How do we manage and monitor Spring Boot application in production?

Spring Boot Actuator is a Spring Boot sub-project that adds monitoring and management capabilities for your production-ready apps. It offers a number of HTTP or JMX endpoints with which you can communicate. 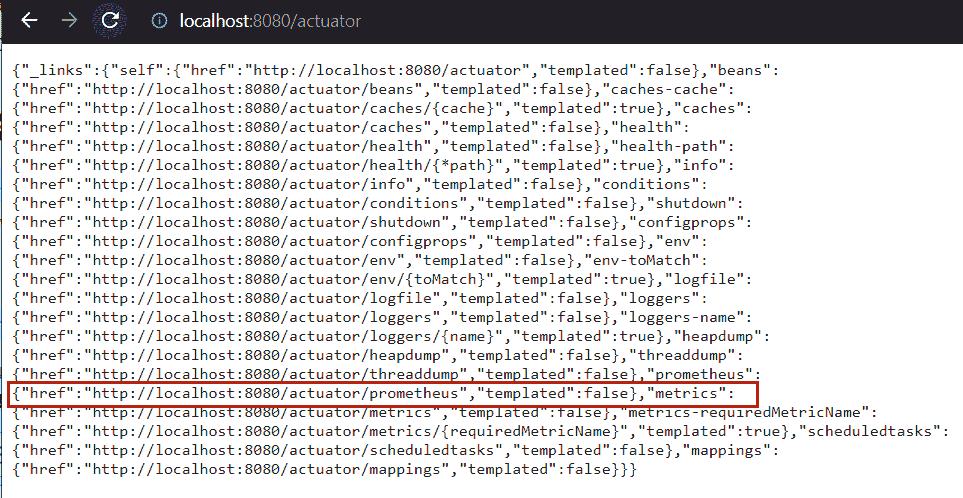 The Prometheus (a tool for monitoring) endpoint is provided by the Spring Boot Actuator, which regularly pulls this endpoint for metric data and offers graphic representation for data. Grafana, which is rich in graphical representation, could also be used.
Below is Grafana graph, which pulled data from Prometheus. 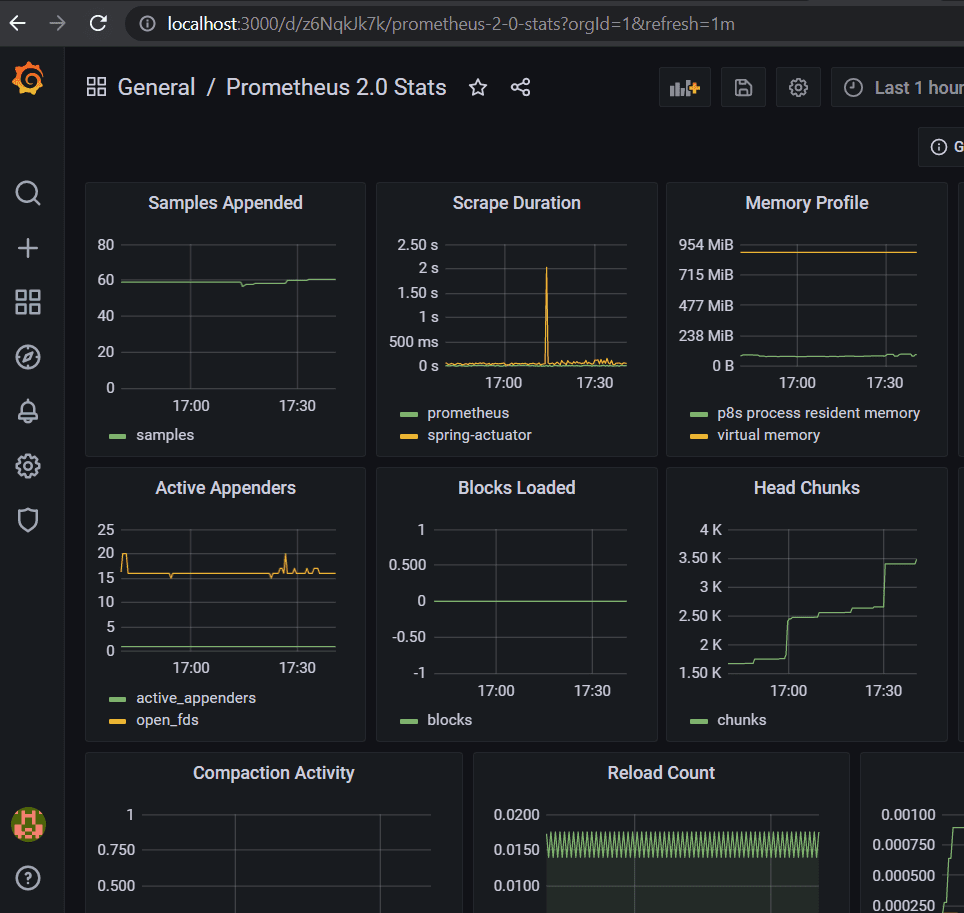 Domain driven design is a methodology and process prescription for developing complex systems which focus on mapping into the technical objects of a solution area activities, tasks, events and data within a problem field. It's all about making your software a real system or process model.

"A class should have one, and only one, reason to change."

It simplifies the implementation of your software and protects against unexpected consequences of future changes.

Q: When should I use a NoSQL database instead of a relational database?
Ans:

Relational databases enforce the ACID. So, you can have schema-based data stores that are transaction-oriented. For 99 percent of real world applications, it is proven and suitable. With relational databases, you can basically do anything.

when it comes to large high-availability data stores, there are speed and scaling limitations. Google and Amazon have terabytes of data stored in large data centers, for example. In these cases, querying and inserting is not successful because of the blocking/schema/transaction nature of the RDBMs.

That is why, for huge performance benefit and scalability, they have introduced their own databases (actually, key-value stores).

We use NoSQL db usually when:

A memory pool that contains all of the Java Virtual Machine's own reflective data, such as class and method objects. With Java VMs that use data sharing class, this generation is divided into read-only and read-write areas.

Q: What is MetaSpace in Java8? How does it differ from PermGen Space?
Ans:

The Permanent Generation (PermGen) space has been removed completely with JDK8 and is kind of replaced by a new space called Metaspace.

This metadata is now stored as "MetaSpace" in the native memory. This memory is not a Java Heap contiguous memory. It allows for improvements in the collection of garbage space over PermGen space, auto tuning, concurrent metadata de-allocation. 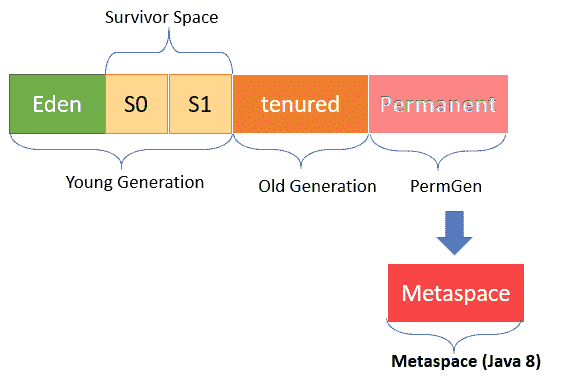 The result of the PermGen elimination is that the PermSize and MaxPermSize JVM arguments are obviously ignored and you will never receive an error with java.lang.OutOfMemoryError: PermGen.

Q: How Does Volatile Affect Code Optimization By Compiler?
Ans:

Q: What is message driven design and it's advantages?
Ans:

The goal of message driven architecture is to connect distributed systems by using standardized message oriented middleware to send messages from one module to another module.

Q: Why Kafka is better than other messaging systems?
Ans:

There are several messaging systems that are alternate to Kafka. RabbitMQ, ActiveMQ and ZeroMQ are some of the popular ones

Kafka output is far better than its competitors. For instance, Kafka producers doesn't wait for acknowledgements from the broker. They send messages as fast as the broker can handle. Moreover, Kafka storage format is more efficient than ActiveMQ and other systems. On an average, Kafka message overhead is 9 bytes wherein ActiveMQ message overhead is 144 bytes. This is because ActiveMQhas to manage various indexing structures. Another advantage is that there are no disk write activities on Kafka broker. RabbitMQ and ActiveMQ containers have to maintain the state of each message. Kafka reduces transmission overhead with sendfile API.
Refer Spring Boot Apache Kafka Example
Refer Apache Kafka Interview Questions and Answers

Q: How to make custom annotation in Spring Boot?
Ans:

CQRS (Command Query Responsibility Segregation) is a microservices design pattern that divides reading and writing into two models. Every method should be either a Command that performs an action or a Query that returns data. CQRS divides reads and writes into independent models, updating data with commands and reading data with queries.