Q: What is Jenkins?
Ans:

Jenkins is a free open source automation server. It supports continuous integration and distribution by automating the parts of software development related to building, testing, and deploying. It's a server-side system that works in servlet containers like Apache Tomcat.

Q: Why to use Jenkins?
Ans:

Jenkins is used to continually build and test the software projects, making it easier for developers to integrate changes to the project and for users to get a new build. 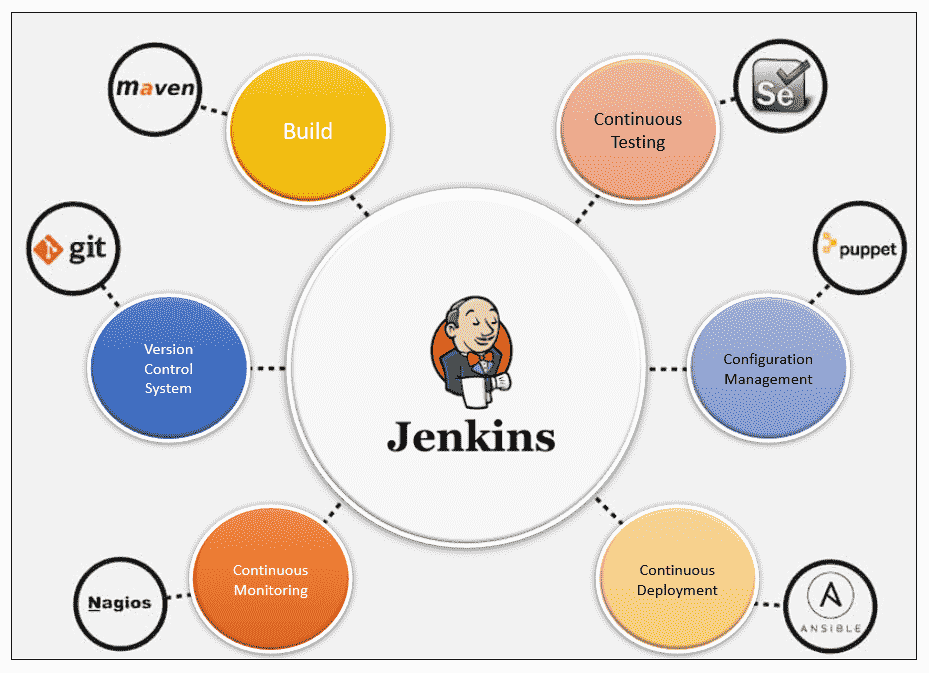 Q: What is the difference between Jenkins and Github?
Ans:

Jenkins is used for Continuous Integration of code, helps to continually build and test the software applications, while the Github is a website for hosting code. Jenkins and Github are the most important part of DevOps tools.

Q: What is a Jenkins Pipeline?
Ans:

This is the user-defined block, which includes all of the processes like build, test, and deploy. It is a set of all JenkinsFile stages. This block contains all of the stages and steps. It's a collection of stages and steps that make Jenkins easier to use for integrating and implementation of continuous delivery pipelines.
Syntax:

Q: What is Jenkins Node?
Ans:

A machine on which Jenkins runs is called Jenkins Node.
Syntax of node block:

Q: What is Jenkins Stage?
Ans:

This block includes a pipeline with a series of steps. In other words, a stage is where the build, test, and deploy stages all come together. A stage block is a visual representation of the Jenkins pipeline process. Consider the following example for multiple stages, each of which performs a particular task: 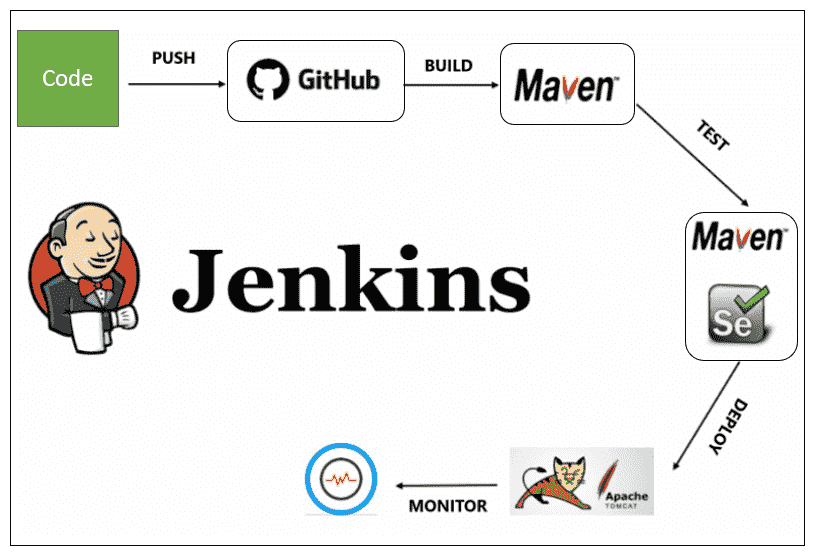 Q: What is Steps in Jenkins?
Ans:

A step is a single task that performs a specific task at a specific time. A pipeline is made up of a set of steps that are specified within a stage block.

Any job in a Jenkins Pipeline is dependent on at least one or more other jobs or events.

Q: What is Nightly Builds and Continuous Integration. Which one is better to follow?
Ans:

Continuous Integration can be thought of as a solution to nightly builds. It means that every night, an automated system pulls and builds the code that was added to the shared repository during the day. The concept is similar to Continuous Integration, but since the code was built at night, finding and fixing bugs was a real challenge.

Solution to this problem is using Jenkins Continuous Integration.

Continuous integration is a process of integrating all development work as soon as possible. Once the code is committed to the git repository on every code changes, the resulting artifacts are automatically created, tested. This technique allows for the early detection of errors in the project.

Q: What is the use of JenkinsFile in Jenkins tool?
Ans: